Photographs from a press report.  The pilot was Jimmy Hazard. He was seriously injured sustaining leg, head and pelvic breaks. 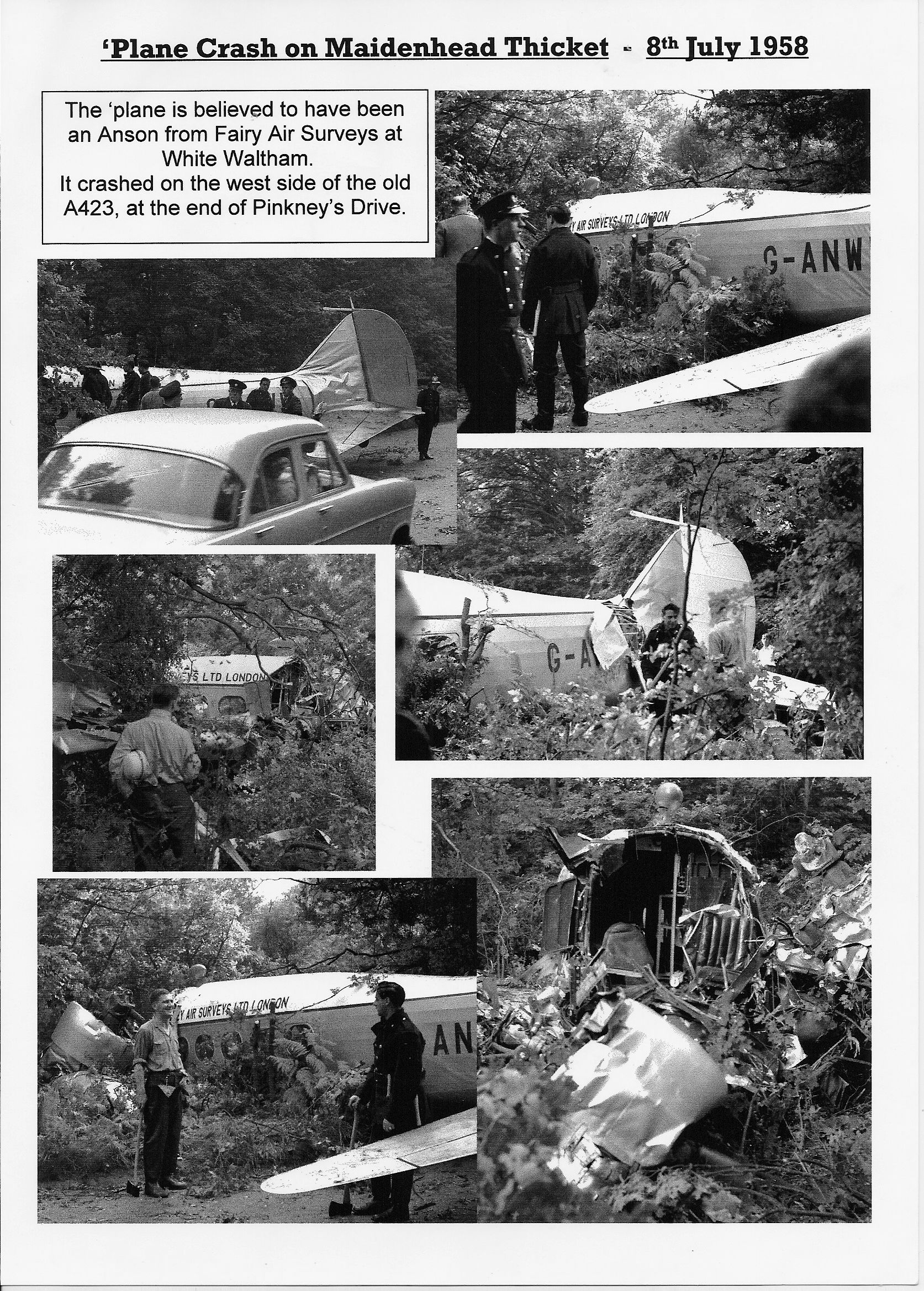 These photographs came from Ian Smith, but we have no information on date or place.  We would love to know where the Hotel Du Parc is (or was)! 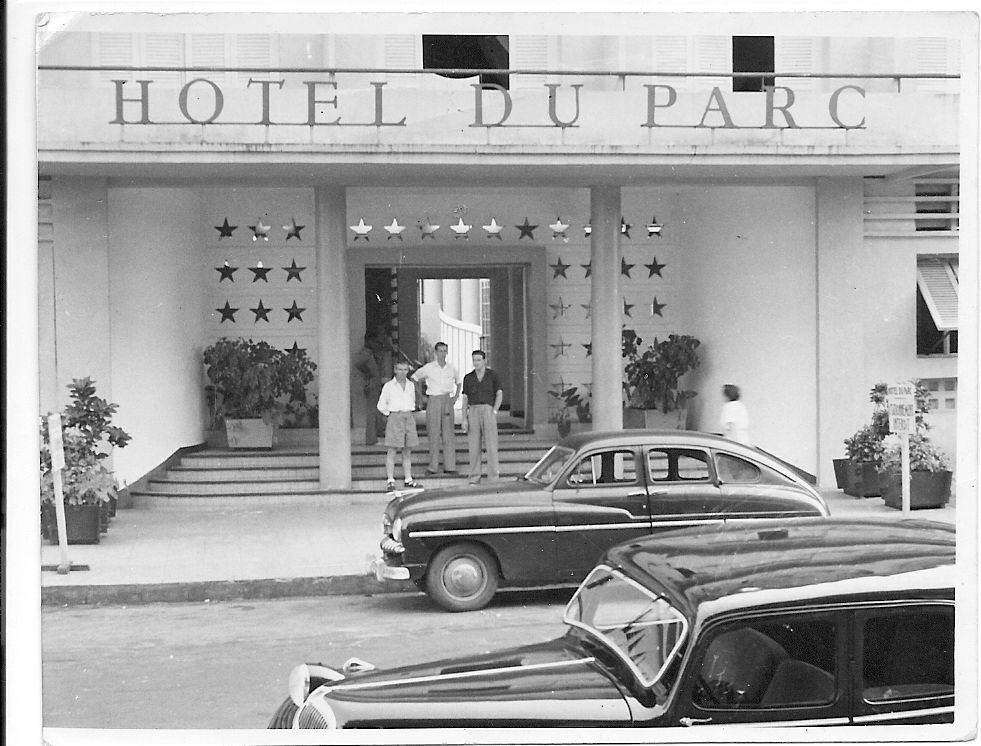 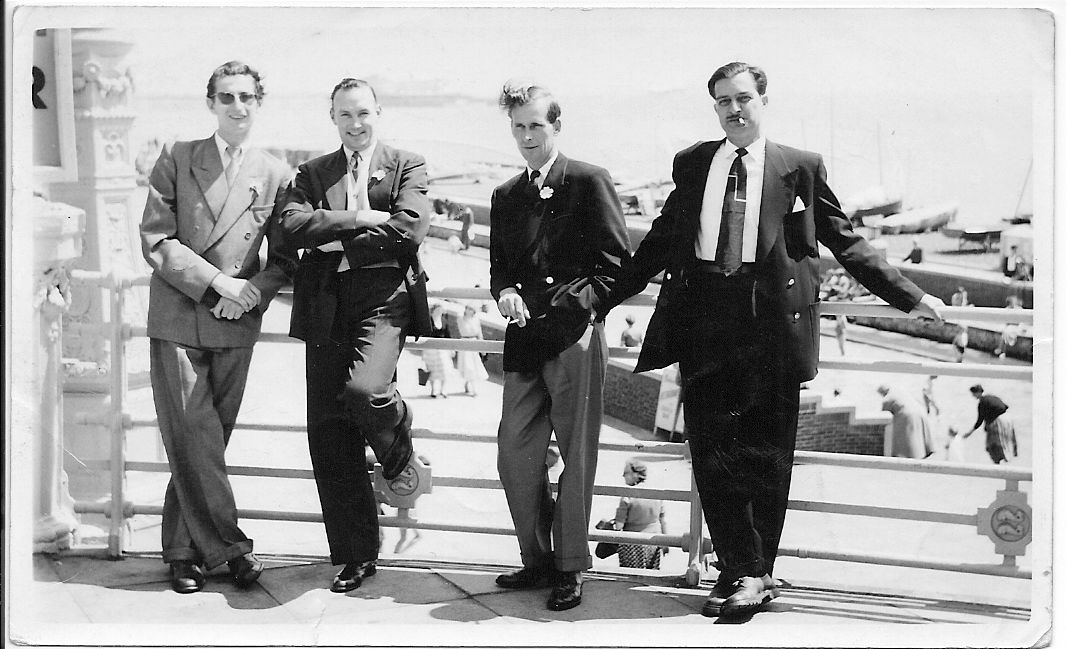 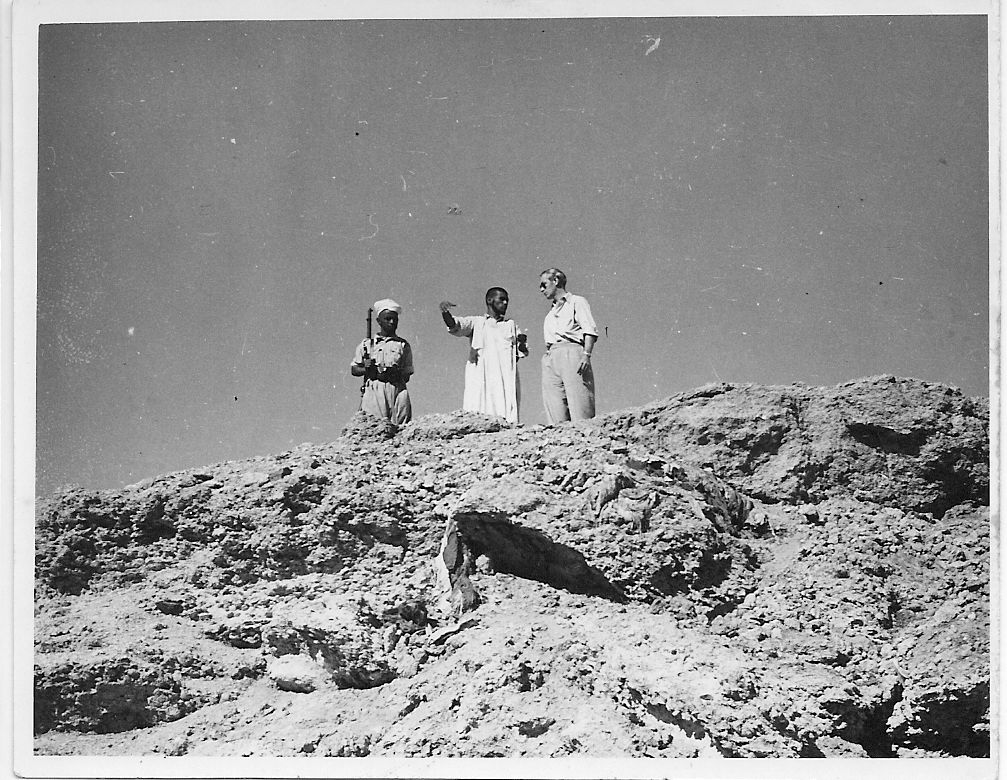 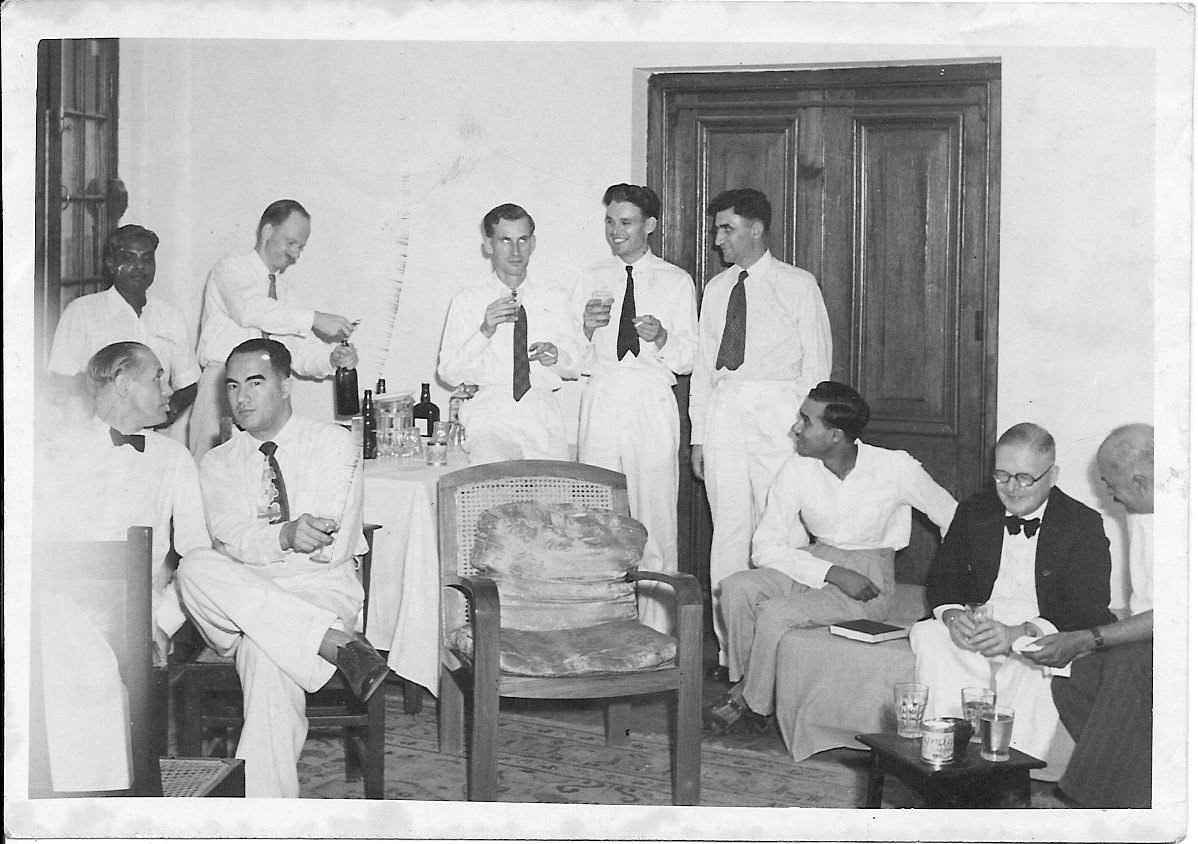 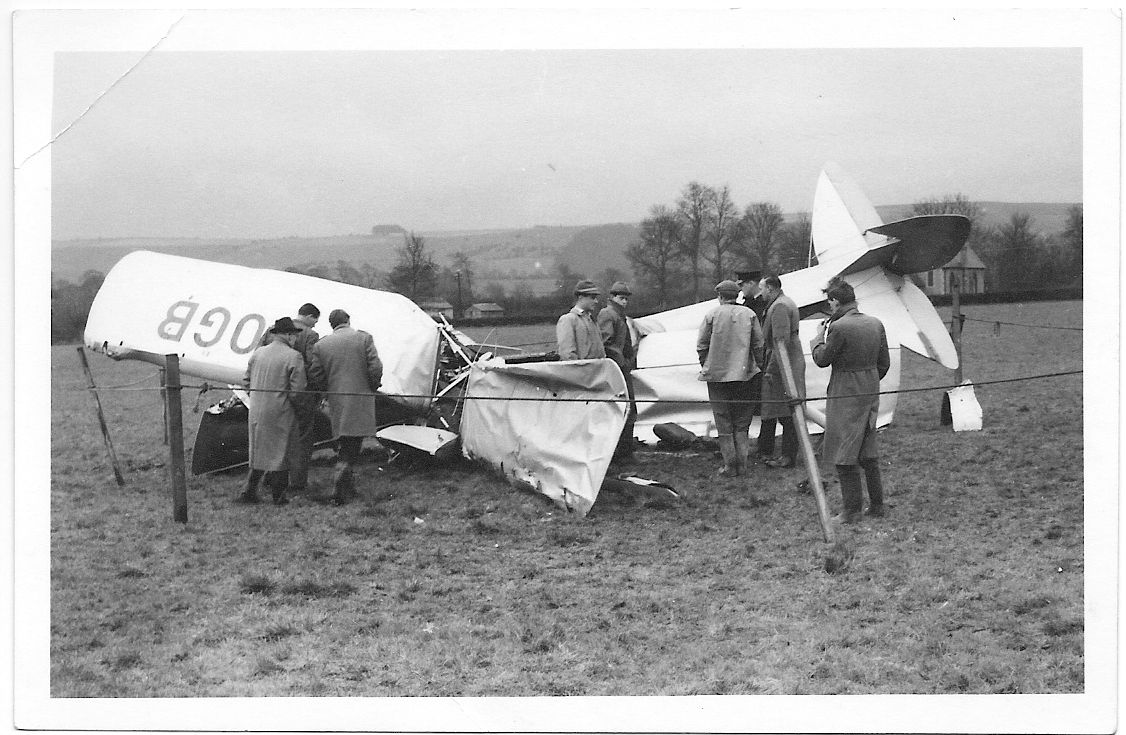 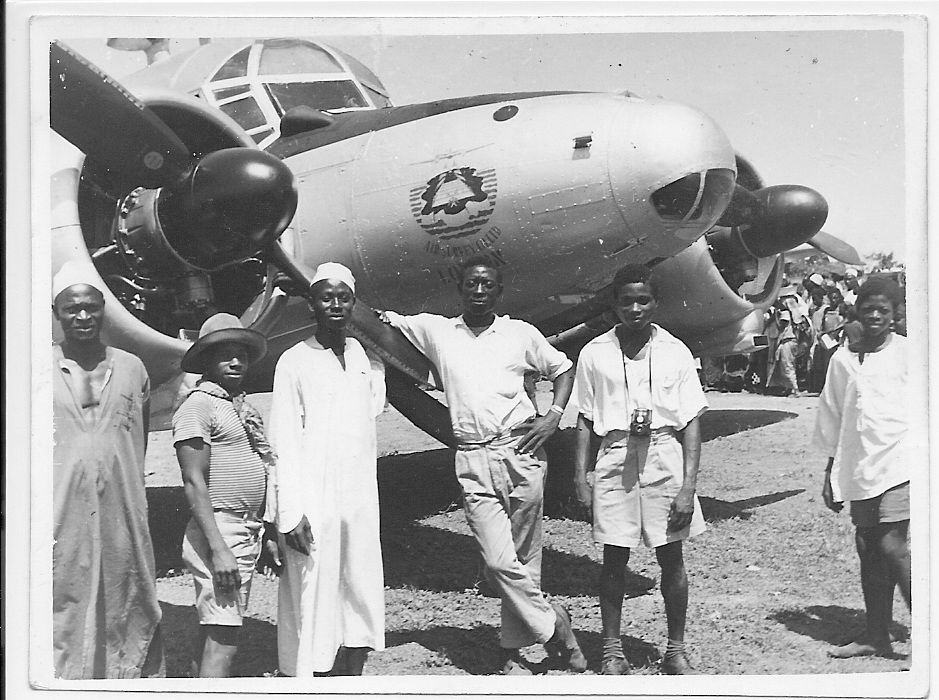 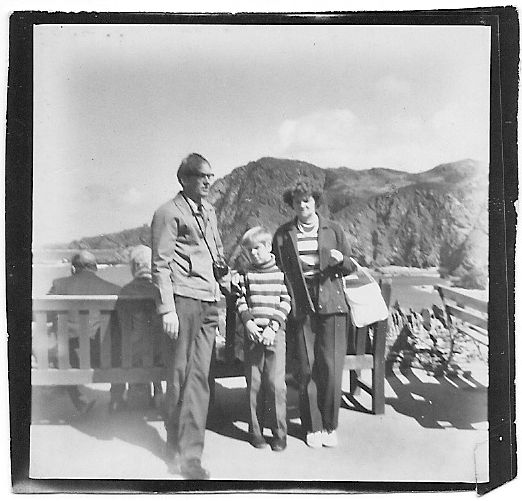 THE RECORD OF AIR SURVEY

The Air Survey Company was formed in 1923 to carry out an aerial survey of the Irrawaddy Delta for the Forestry Department in Burma.  The Company worked as a private concern under contract to the Indian Government.

An area of 1400 square miles was mapped on a scale of 1:20,000 during 1923-1924 and the successful completion of this programme laid the foundations for the Company’s expansion into an organisation equipped to deal with every type of air survey work in any part of the world.  Many thousands of square miles of virtually unmapped territory were covered in India and the Far East during the ensuing years while the subsidiary company, Indian Air Survey and Transport Limited, produced the maps used by the Director of Land Records (Government of India) as the official basis for planning and the settlement of boundary issues.

In 1929 the Air Survey Company became a subsidiary of the Fairey Aviation Company and with greatly increased capital resources its activities spread to include surveys in Africa, Egypt and other parts of the Middle East.  By 1939 aerial photography had established its value for a variety of purposes other than map-making when a temporary halt was called by the war years.  The India Company was reorganised and modernised after 1945 when its activities were resumed, and its name was changed to the Air Survey Company of India in 1948.  At about the same Aero Surveys Limited of Vancouver B.C., joined the group and subsidiary Companies were formed in Pakistan and Southern Rhodesia.  The latter has since been responsible for the mapping and photography of may thousands of square miles in East and Central Africa.

In 1956 the name of the Parent Company was changed to Fairey Air Surveys Limited, the group of companies thus comprising the parent unit and associated companies in Canada, Rhodesia, India and Pakistan.

Originally the parent company comprised little more than a London Office to support the work of the Indian company.

Since 1945, however, it has become the headquarters of the United Kingdom company with a long series of successful survey missions to its credit in all parts of the world.

The laboratories are situated at White Waltham in Berkshire, where modern buildings house the complex precision apparatus required by an up-to-date survey company.

The aircraft are conveniently based on White Waltham Aerodrome, and the Company’s establishment there houses the administrative control and all technical sections under one roof.

The advantages of the group system of companies were emphasized in 1950-1951 by the successful completion of one of the most remarkable operations ever carried out by an air survey team.

In September 1950 two Dakota aircraft were sent from White Waltham to photograph 20,000 square miles in the Caribbean for the Directorate of Colonial Surveys, Colonial Office, London.  After flying the North Atlantic they turned south to British Guiana where they were employed for several months.  They then split and between them completed successful surveys in British Honduras, Trinidad, Jamaica, Barbados and Tobago.  One aircraft then returned to the U.K. in May 1951.

The second Dakota was diverted to assist the Group’s Canadian subsidiary, which was for the Federal Government.  This part of its operation lasted several weeks during which, on one day, a single aircraft photographed 5,800 square miles at a scale of 1:40,000.  By the time it returned to White Waltham, the first Dakota was already on its way again for an important Government survey in Southern Rhodesia.

This demonstrates well the flexibility of the Group System and the way in which survey costs can be kept to a minimum by “following the sun” and thus utilising the aircraft fully throughout the entire year.

While the Dakotas were completing their long range missions other aircraft were busy in India and Pakistan on duties which included a survey to determine accurately, at the joint request of both Governments, the disputed East/West Bengal boundary between the two countries.

Thus, from simple beginnings over thirty years ago Fairey Air Surveys has extended its scope and activities until today it represents a major aid to development in many parts of the world.

Léopold (Pol) Heimes joined the RAF after escaping from Belgium in 1940, and took part in the Battle of Britain.  These two items were passed on by John Tompkins.

Apologies for the quality – these were printed copies which were scanned. 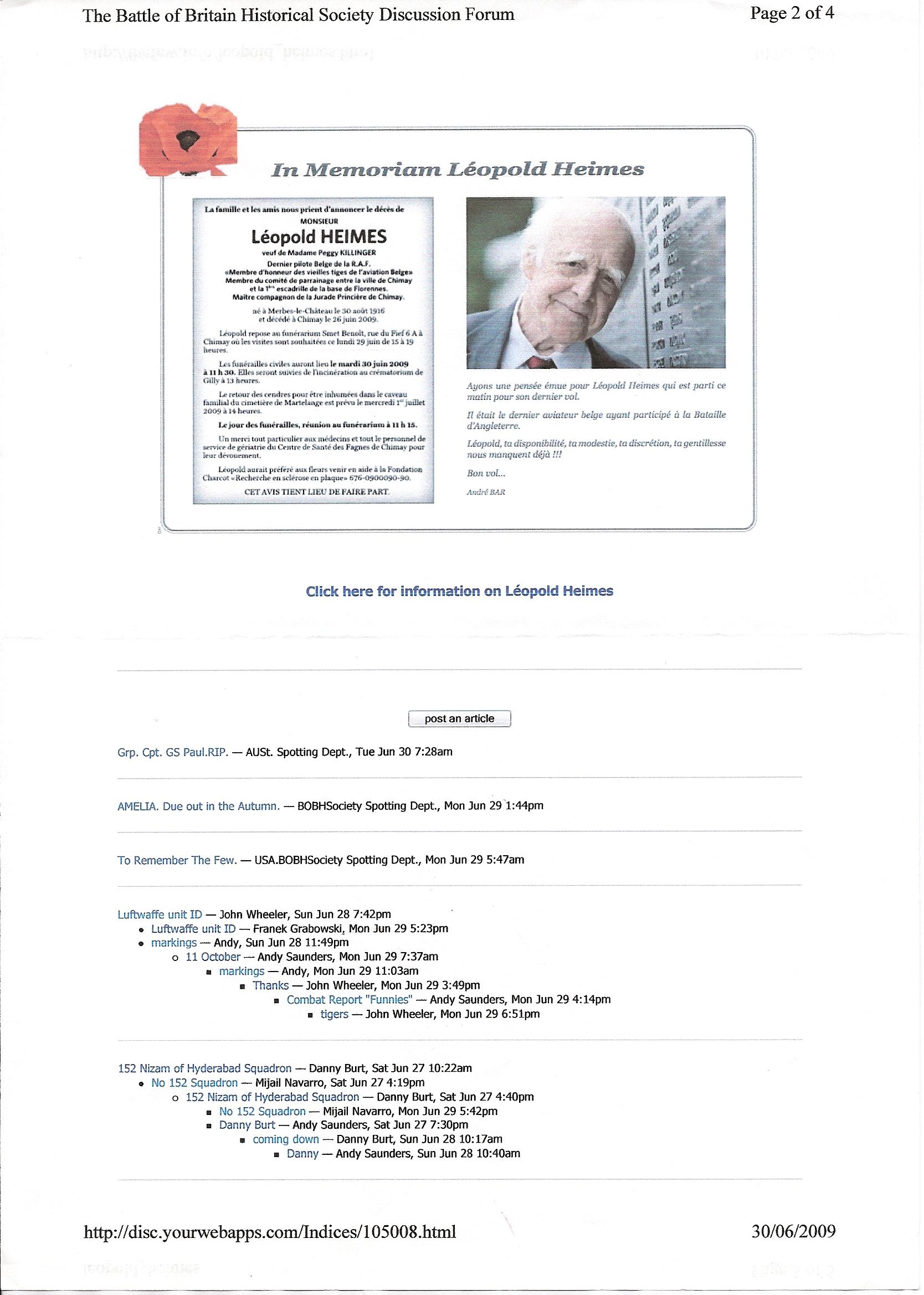 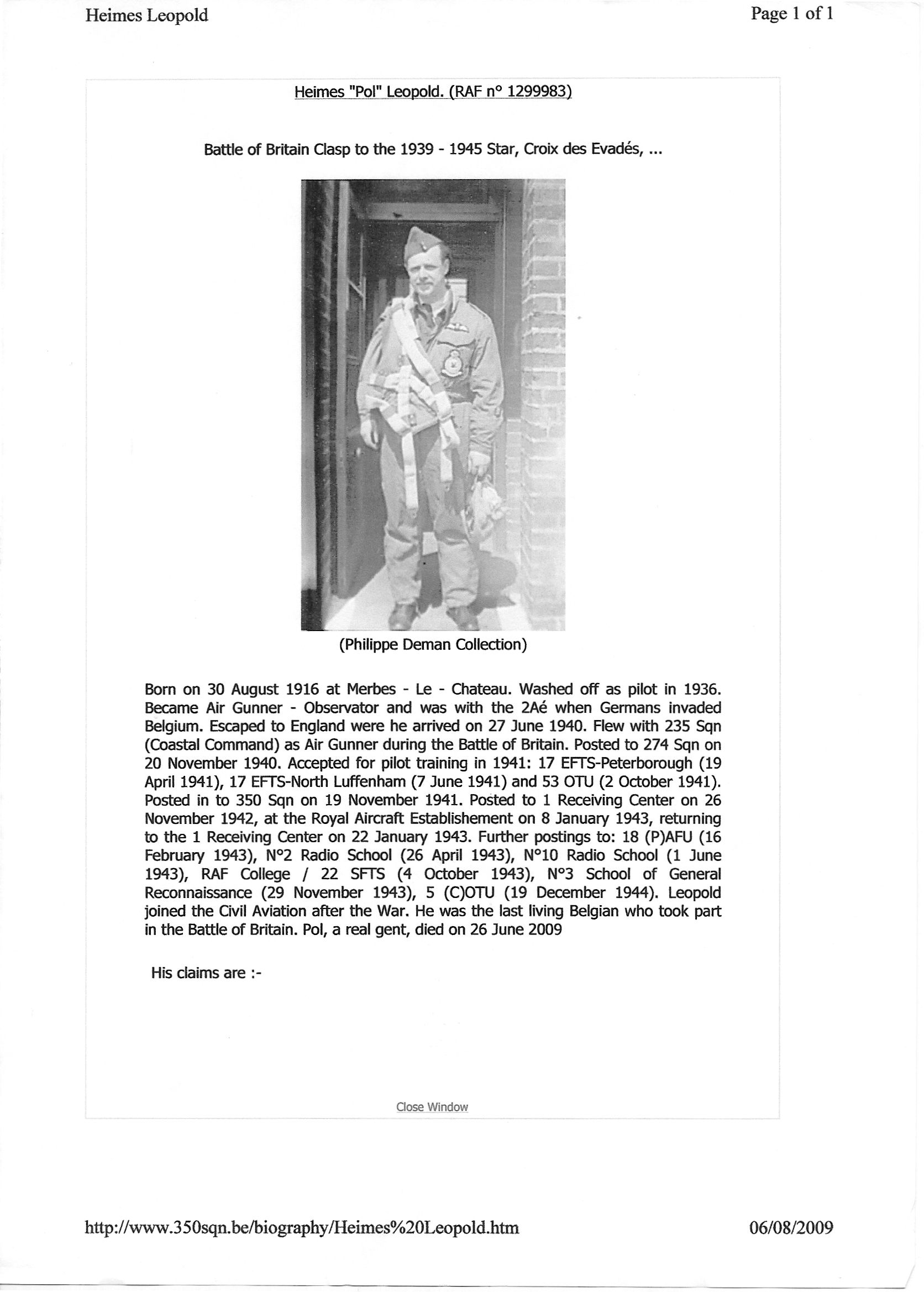 John Tompkins passed on this cutting from the Daily Telegraph, February 20th 2002.

This cutting of Peter Twiss’s obituary in the Times, 2nd September 2011, was pass on by John Tompkins.

If the wording is difficult to read, keep clicking on the image, it should enlarge enough to be readable. 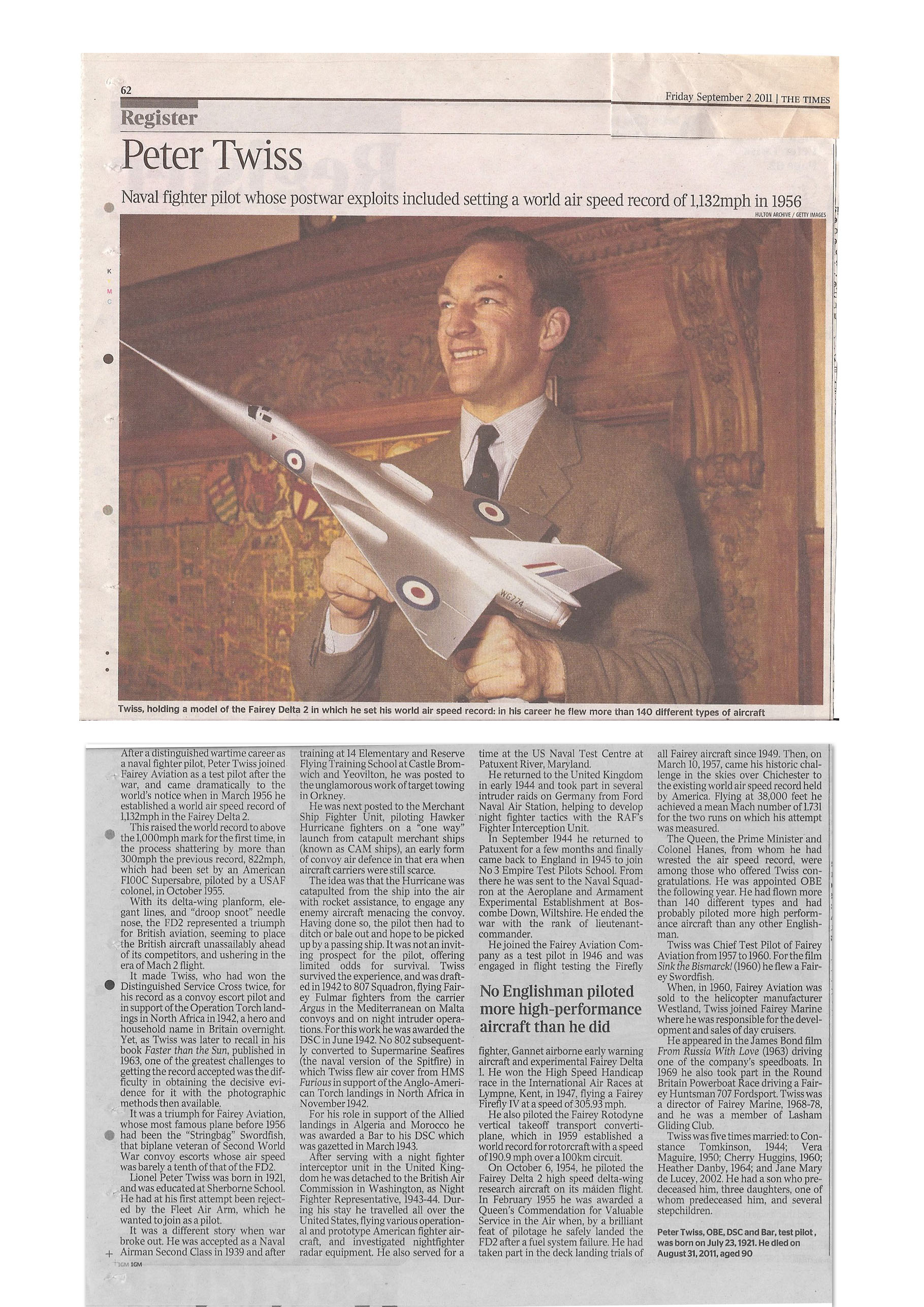 This cutting of the obituary of John Fairey has been passed on by John Tompkins.

This photo album was passed on by Lawrence Scott for inclusion here. The photographs date mostly from 1950/51, and are of operations in Southern Rhodesia, except for the first few, which presumably were taken en route to Rhodesia in Fairey’s Dakota G-AKNM.

Most of the photographs have notes on the back, so they have been included as is, rather than having captions which might be incorrect interpretations.

This last photograph is included as it was inside the album, but has also been put into the ‘Social Life’ section.

Party for Tommy in Maidenhead

Attached is a photograph from Colin Price of the Clyde Surveys Managing Director signing what is presumably an important document or contract, with Miles Henry on his left.  Can anyone identify the occasion and date?