Bill Cheffins’ daughter Patricia was over from her home in Canada, and came to the reunion in July with a lot of photographs and other material that she inherited from Bill.  She very kindly loaned us some of it to scan in to share with all those who remember him.

There are gaps in the information.  We don’t know who all the people in the photographs are, or all the dates or places, and would appreciate help from anyone who recognises them.  There are also a couple of items that aren’t totally relevant to Fairey Surveys, but relate to the mapping industry generally, and look really interesting, so they have been included too.

This had no details except for the names, but the people and setting match one of Tony Furneaux’s photographs (AF58, see post in Departments), which Tony identified as an FSL Christmas party at White Waltham in the 1950s.

No details at all on this photograph – anyone recognise the people?

With the immaculate white coats, and the scruffy building in the background, it’s assumed that this is Bill’s Mapping team at the White Waltham offices.

These two photographs look like a pair, taken on a site visit or trip out somewhere.

This looks like a gathering for an international conference, perhaps the Photogrammetric Society?  As Bill was the Honorary Secretary, this could be what put him in the front row, ahead of    W P Smith.

Conference list
This is just a list of names, but it could be the list of attendees at a conference, perhaps linked to the photograph above.  Certainly a list of the good and the great in the mapping world (and a great example of Bill Cheffins’ absolutely beautiful handwriting).

This is a copy of a ballot paper for the Officers’ Election at the AGM of the Photogrammetric Society in 1980, showing the main four officers, including Bill, being returned unopposed.  This is another list of many of the key people involved in aerial survey at the time.  The Ordnance Survey member was still a member of the Armed Forces, a reminder that Walter Smith was the first civilian Director General of the Ordnance Survey, when he joined them in 1977.

This is a paper written by Bill Cheffins and Bix Clark on the use of photogrammetry in orthodontics, enabling much more precise measurements for reconstructive dental work.

This is the company announcement of the reorganisation that installed Bill Cheffins as apparently UK Mapping head without a title.

And finally, this quotation from Brigadier Martin Hotine, who was responsible for the 26-year retriangulation of Great Britain which completed in 1962, written on the back of a punched card.

And this is just a great photograph of Bill Cheffins and his family in about 1955. 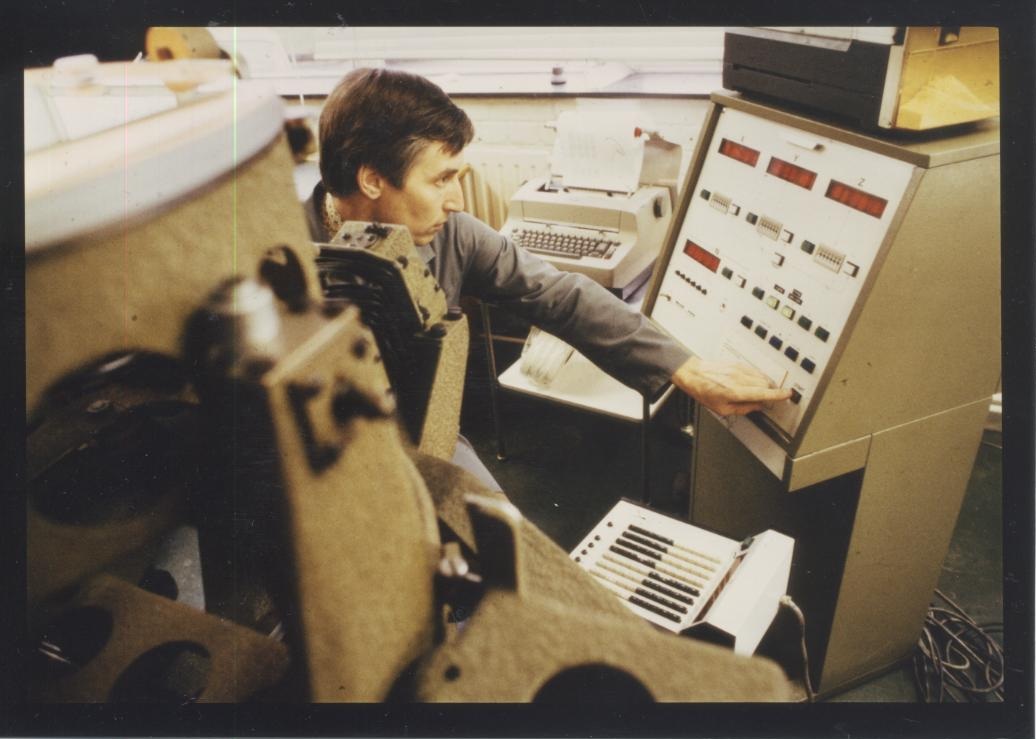